One of my favourite things to do is taking a walk on one of Vancouver’s seawalls. This weekend, I went out with my boys to walk on South False Creek’s seawall. We started at Science World (the silver dome you see in this picture). It’s only 3 minutes drive away  from downtown. We did a scenic 4 km walk to  Granville Island. 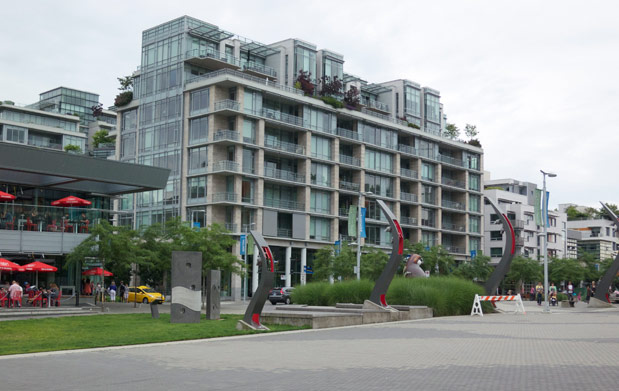 If you walk 2 minutes along the path from Science World, you will arrive at Olympic Village. Vancouver hosted the Winter Olympic Games in 2010 and this whole area was developed for the games. Before the games, it was just empty industrial land. Initially, the condos that were built in 2010 were for the athletes to stay at and after the games, they sold to the public.

In 2010, this was a bit of a ghost town. There were few businesses around and people living in these condos. Now it’s picked up quite a bit. There is an upscale grocery store, bakery, cafe, drug store, bank and I see that more businesses are opening up. 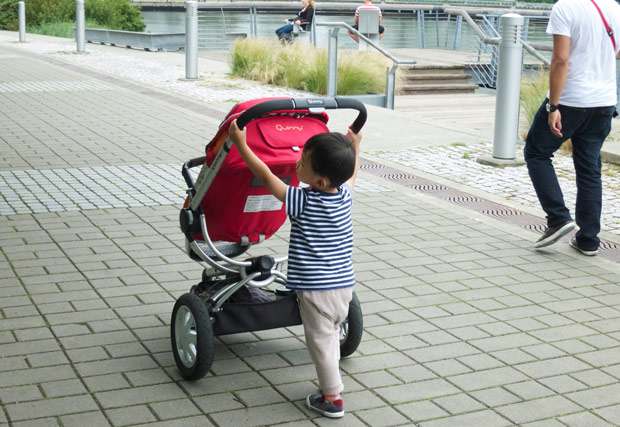 This is my son, Pax, who likes to push his own stroller around instead of sitting on it. That’s my husband, Christian, on the right, who likes to take a lot of pictures when we go out. 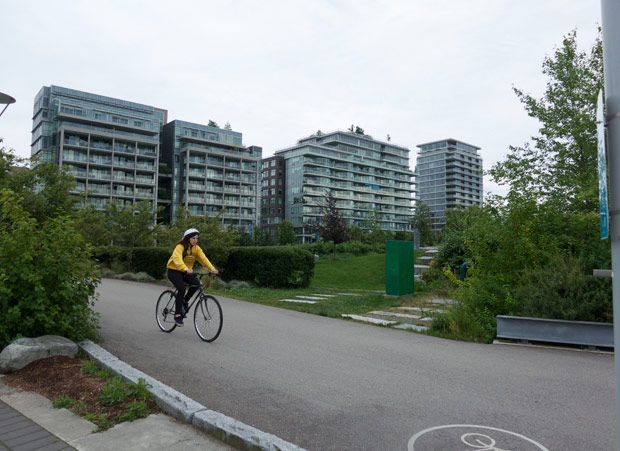 The seawall is a great place to ride your bike, too. It has a designated cyclist lane.

There are many, many condos that have been built since 2010 and they are continuing to come up. I was just curious as to how much a 2 bedroom unit costs. It looks like you will have to pay a minimum of $550,000 for about 800 square feet. Vancouver’s real estate prices are really out of control…but I’ll talk about that another time. 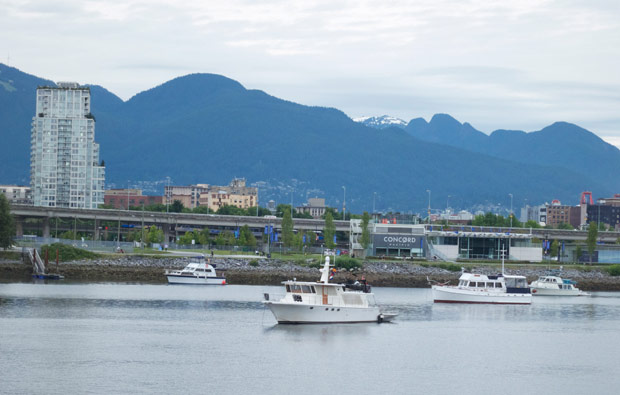 Across the creek is downtown. Facing north, you will see that Vancouver’s backdrop are all the majestic mountains, including the world famous Whistler. 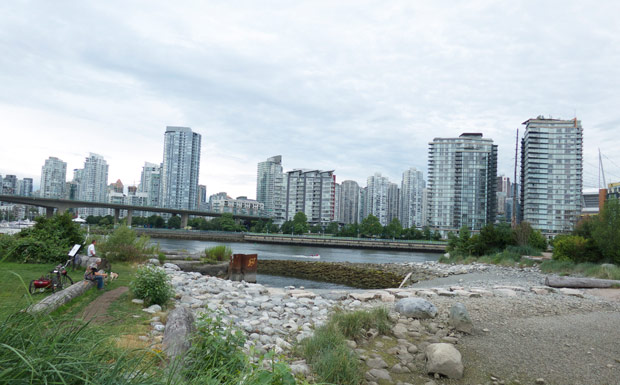 On the north side of False Creek, there is another seawall. That part of the city is downtown. All those condos you see there is part of an upscale neighbourhood called Yaletown. 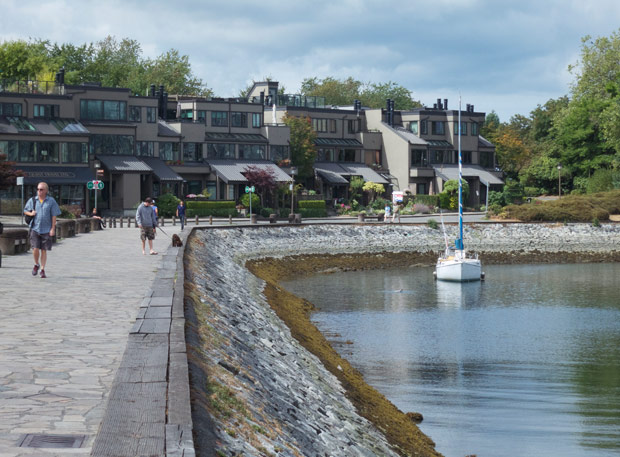 The south side of the creek, where we’re walking on, has many homes along it, too. This side is more quiet since you don’t get the downtown hustle. 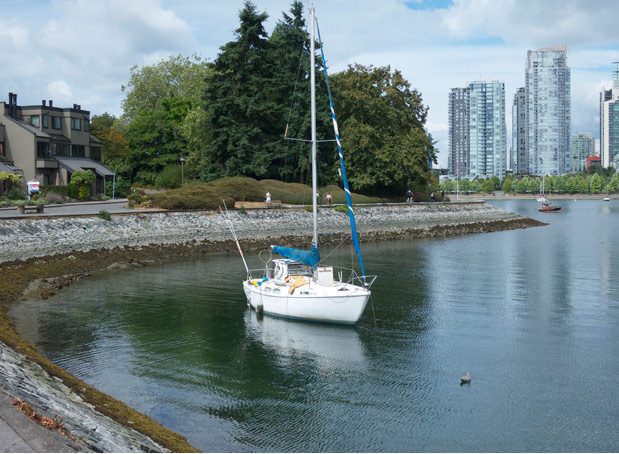 If you walk for another km or so, you’ll reach the final destination, Granville Island. It’s always a nice end point, since you can get something to eat and walk around some more.