I took a few days off after the Christmas rush. Enough rest though, I’m back to work today! Thank you everyone who purchased from me during this time. Your orders will be shipped out at the end of the week.

I just wanted to share a few pictures I took during my break. I wish I had taken more, but I was busy preparing for Christmas for the kids and sometimes I was just too lazy to.

It snowed 3 times this December. Two times before Christmas and another time right after. That’s 3 times more than we usually get. Most people think that Canada is really cold. I suppose that’s true for most of Canada during winter. Vancouver though is an exception. Located on the Pacific Northwest, our climate is quite mild. We don’t have very hot summers or cold winters. We are known to have quite a bit of rain. We’re 2.5 hours drive north of Seattle, so if you know what Seattle weather is like then Vancouver is pretty much the same.

This winter, we had some arctic air come through our way and it was really cold. People who live on the east coast think we’re wimps and they are not incorrect. We are not used to really cold weather and especially snow. It was havoc driving around. There were problems with getting anywhere on the buses, skytrain and public transit in general. 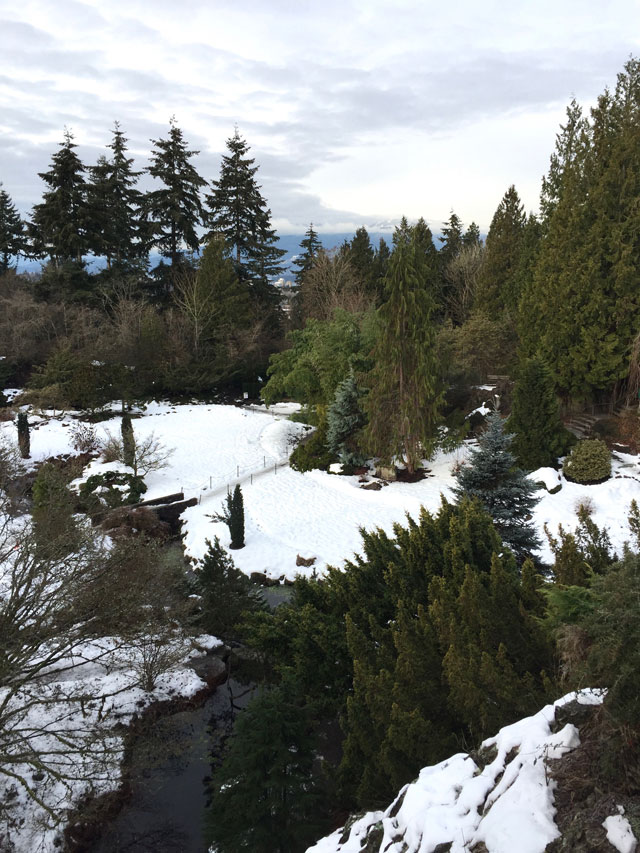 On Christmas Day, my husband and I took a nice walk at Queen Elizabeth Park. It’s probably the 2nd largest park in the city next to Stanley Park. You can walk pretty high up and have a nice view of the city. I didn’t get a good shot of the city, but this is the view looking down onto the garden. During the warmer months, this garden is really nice and many people take their wedding photos here. I remember when I was young, everyone who got married came here to take their wedding pictures. 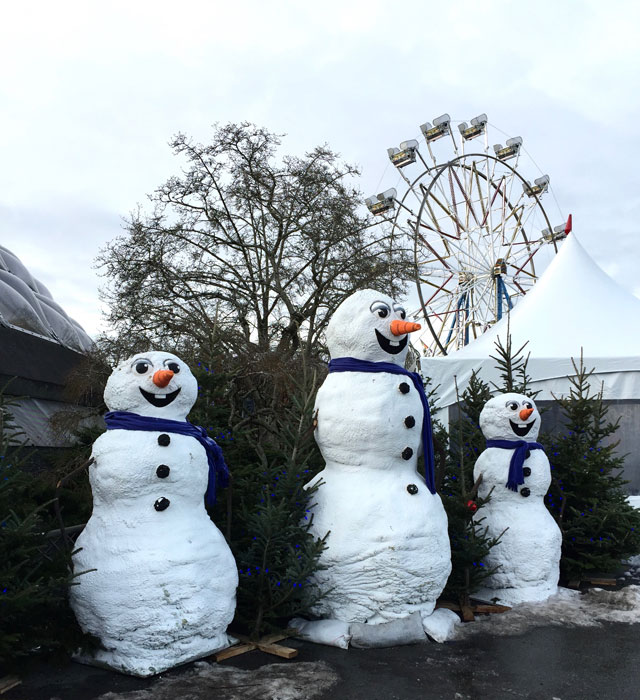 Up at the very top of QE Park, there were these 3 snowmen. They aren’t really made out of snow. They’re part of display with the Blooded Conservatory that are running a holiday event. The ferris wheel is also part of that event. It’s not usually there otherwise. 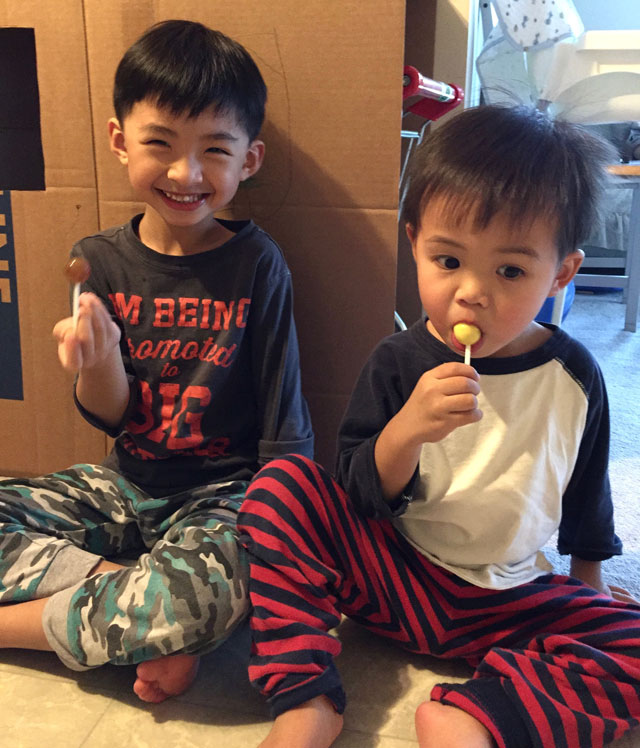 Christmas with the boys was fun. Now that Nol is 2 years old and being a chatterbox, it’s more fun for all of us…especially his brother. Here’s them enjoying their Chupa Chups lollipops. 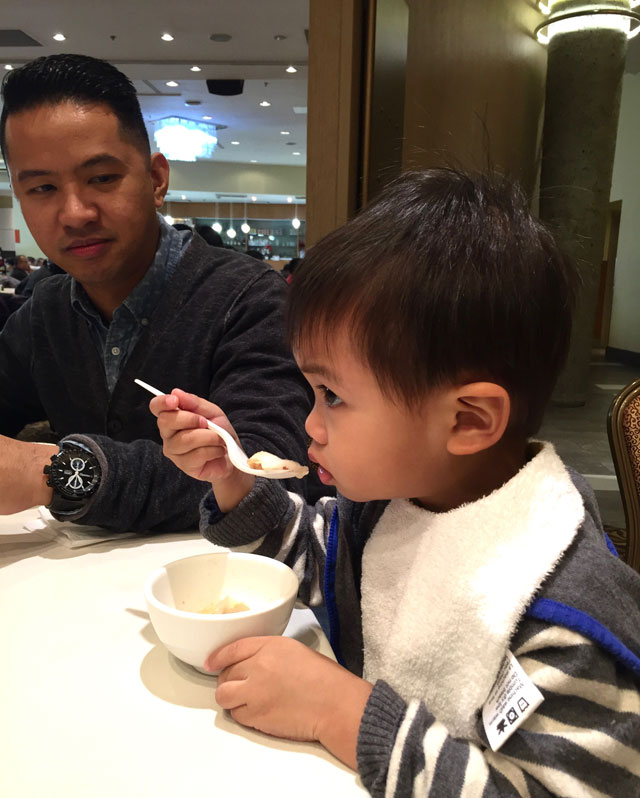 We had Christmas lunch on the 24th this year. I made a big ham, mash potatoes, brussel sprouts, cranberry sauce, clam chowder and we had cupcakes for dessert. I wanted the boys to have a traditional Christmas meal. When I was growing up, we didn’t celebrate Christmas like this. I wasn’t born here. We’re Chinese from Vietnam. My parents didn’t celebrate the western holidays in their entirety. The most important holidays for us was definitely Chinese New Year and Mid-Autumn Festival. Anyhow, the boys are our 1st generation Canadians and I like to celebrate all the western and Chinese holidays with them.

My family  decided that on Christmas day we should go out for dim sum. Not many places are open on Christmas Day, but you can always rely on Chinese restaurants to be open. Here’s Nol enjoying his rice roll with bbq pork, while my husband watches.

My husband and I also had a day to ourselves while the boys slept at my parents. We love to watch movies and tv series, but don’t get a chance to too much. So in one day, we watched The Hobbit (The Battle of the Five Armies), Magnificent 7, Inception, Horrible Bosses and Bad Moms. It was pure total vegging and it was great!

I hope you had a great holiday, too. A few days is enough for me and I’m happy to be going back to work. I’ll be showing you some custom bags I’ve made in Nov/Dec that I haven’t had a chance to post in the next little while.