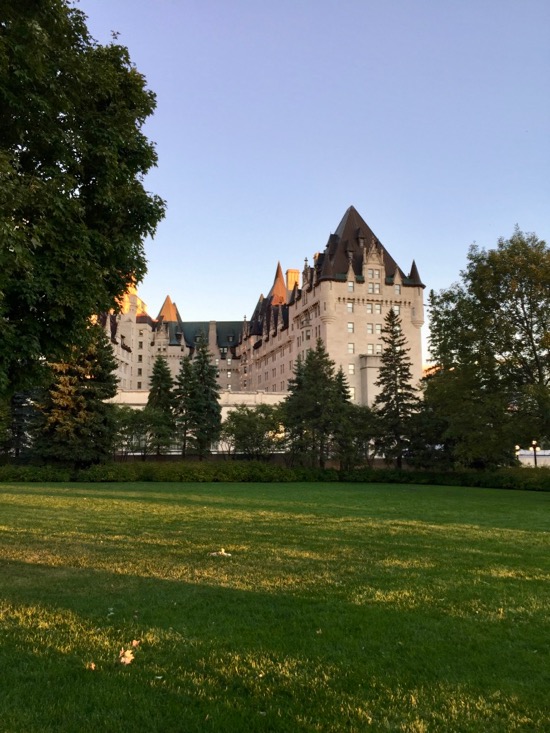 Central Ottawa has some beautiful architecture. This is the back side of the Fairmont Chateau Laurier Hotel. I took this photo at sunset, while walking at the back park pathway. 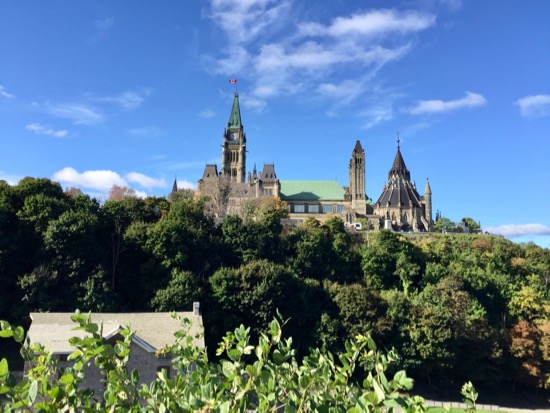 That’s Parliament Hill, home to the federal government. These majestic buildings were designed in a gothic revival style. They were completed in 1866, about a year before Confederation 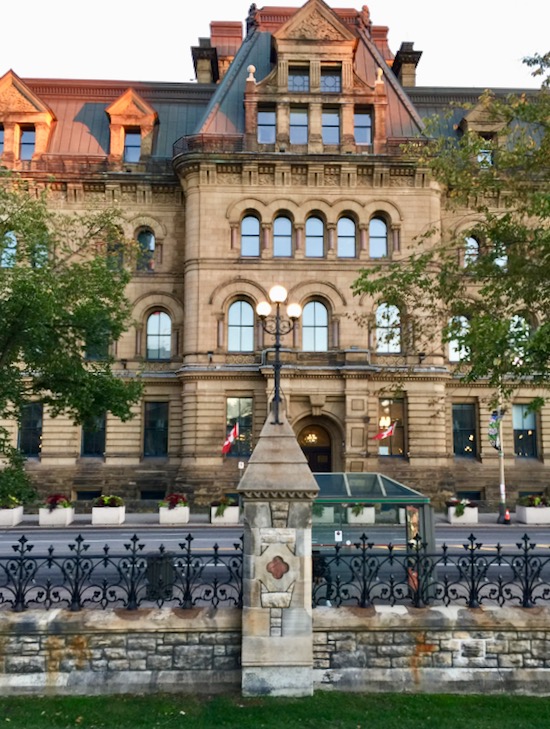 Across the street from Parliament is the Office of the Prime Minister and Privy Council building. I really like the detail of the masonry and how grand this building is. 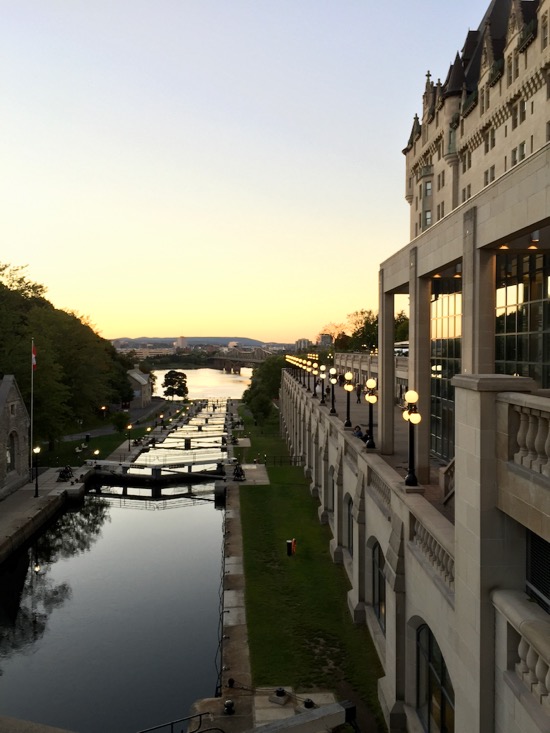 This is the Rideau Canal at sunset. On the left is the Fairmont Chateau Laurier Hotel and to the left is Parliament Hill. The Rideau Canal connects Ottawa to to Lake Ontario and the Saint Lawrence River at Kingston, Ontario. It is a 202 kilometre waterway built in 1832. The initial intent was to use it as a military supply route, just in case the United States invaded upper Canada. 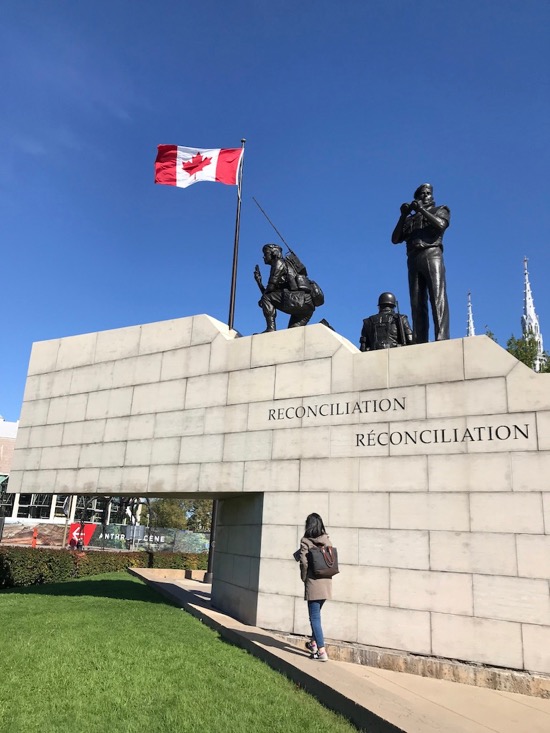 These are The Three Watchmen. It is a monument based off of Haida Gwaii folklore. Often positioned at the top totem poles in front of houses in Haida villages, the watchmen give warning if a threat approaches. The Three Watchmen monument is a symbol of the proximity of church and government. It represents historical and ongoing relationships with the Haida. Also as a symbol of peacekeeping. 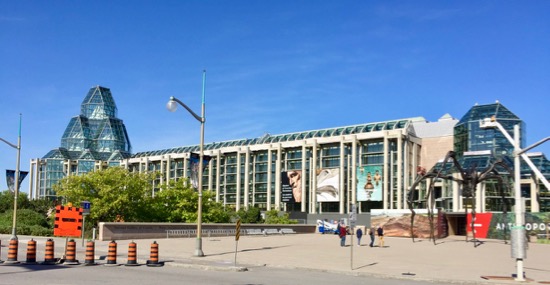 This is The National Gallery of Canada. It is an iconic building in Ottawa. It has a famous spider sculpture in front of it (right side). I didn’t get a chance to go in, but I’m sure I’ll return sometime in the future. 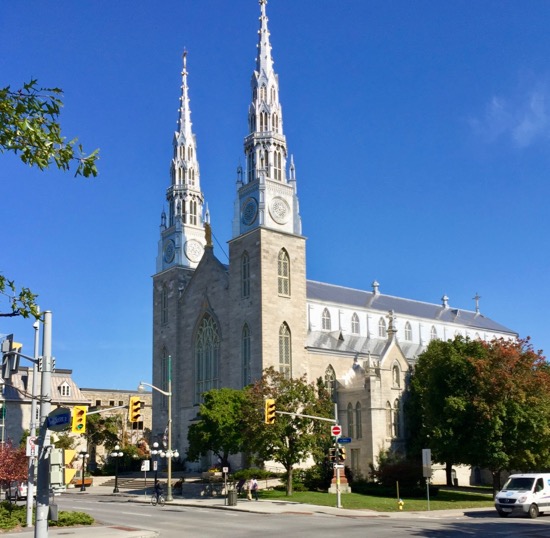 The Notre-Dame Cathedral Basilica across from the National Gallery of Canada on St. Patrick’s Street. 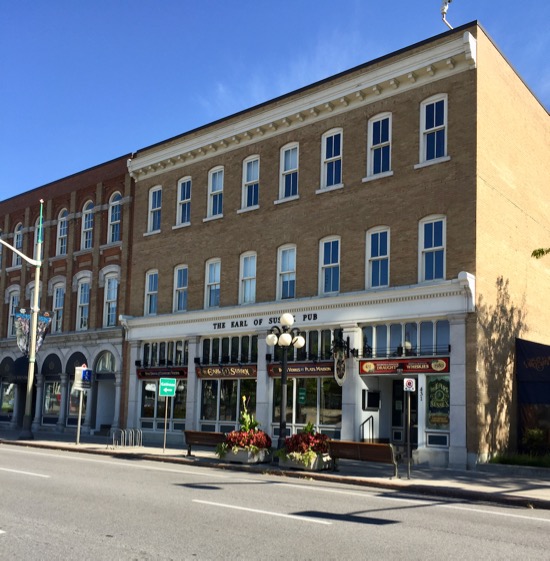 Walking along St. Patrick Street, the buildings and shops reminded me a lot of Montreal and Quebec City. Ottawa is very bilingual. A lot of government jobs require fluency in French and English. Some parts of central Ottawa seemed exclusively French. I suppose it shouldn’t be too much of a surprise since Ottawa is so close to Quebec. 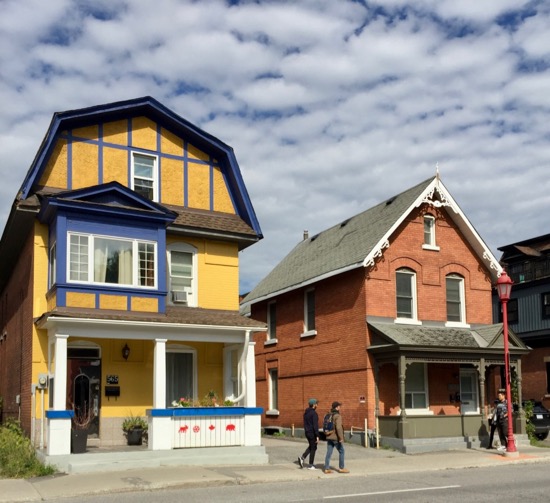 Walking along Somerset Street to Chinatown. There were a lot of big brick homes, which have converted to commercial spaces. 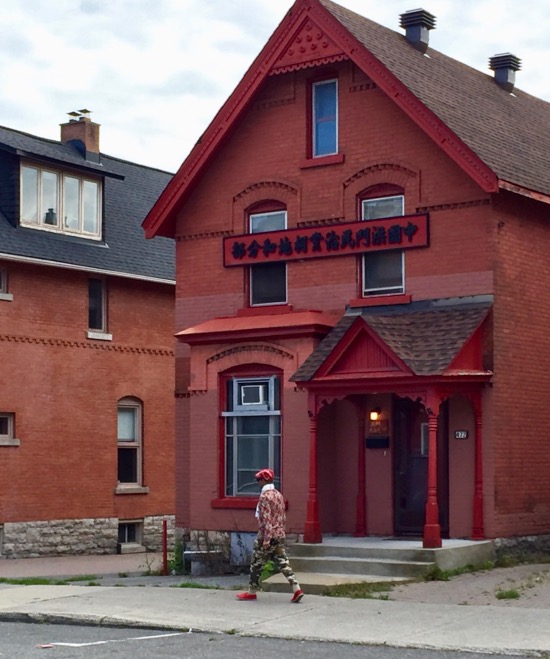 I told my husband, who is a photography enthusiast, that this photo is my claim to fame as a street photographer. See how I caught this gentleman wearing a red hat, jacket and shoes in front of this red building? That’s gold! Christian, however, said that I should still stick to making bags…