My husband and I had a really nice time in Montreal and Quebec City. It felt a little strange not to have the kids with us, since we’re used to taking them everywhere. However, this was a vacation just for us. We actually talked (uninterrupted), went out past 8pm and  without a schedule. Before we left, I told Pax (first born) that we’ll take him next time and he said, “That’s ok Mama…even I need a vacation from you.” I didn’t feel so bad after that…

When we first arrived in Montreal, we went to Old Montreal and Vieux Port (Old Port), which is in the same area. This remains one of my favourite places to go because of the historic buildings and it’s European feel. I love stone and brick buildings. We don’t have a lot of that in Vancouver because it’s a relatively new city, compared to some of the cities in Eastern Canada. 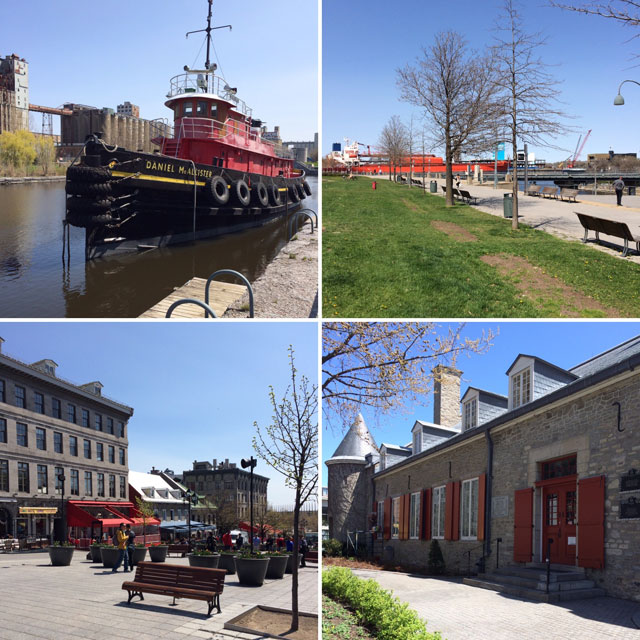 When you go to Old Montreal, you can walk along the water and it leads you to Vieux Port or the Old Port. I love walking along seawalls (well, that’s what we call them in Vancouver). This stretch along the port is my favourite place to walk in Montreal. The Lachine Canal was an important hub for trade and shipping back in the 19th century.

I’ll be sharing more photos this week about my stay in Montreal and Quebec City.